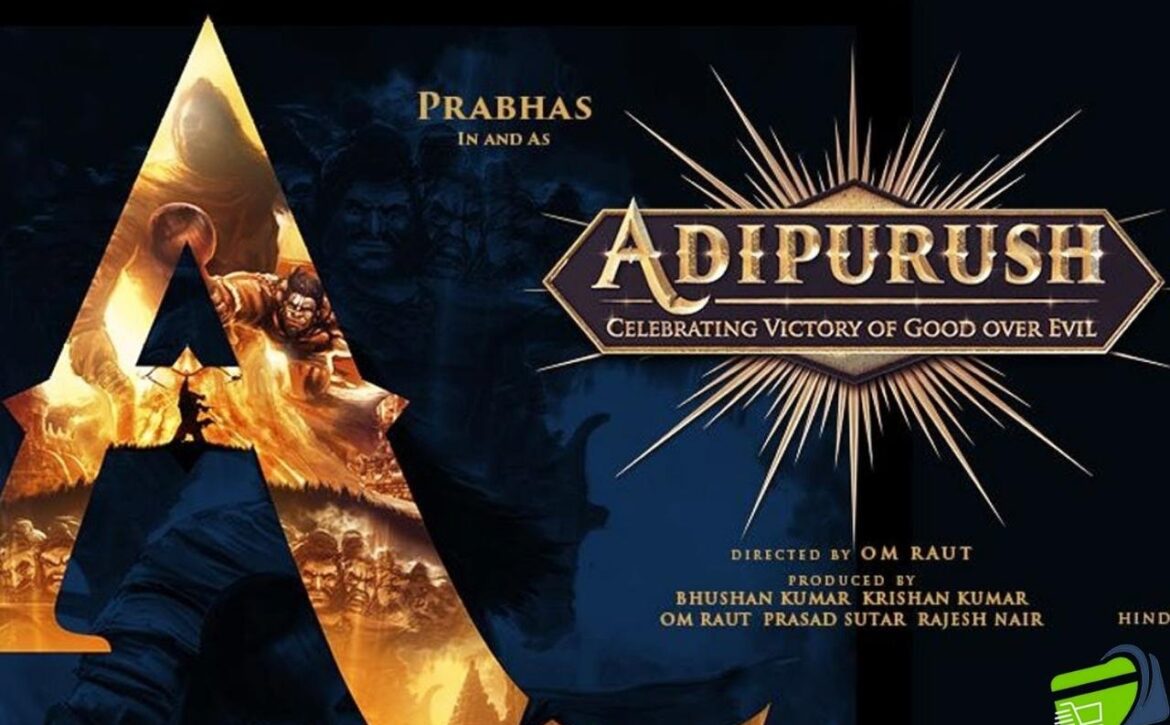 Adipurush Teaser was released in Ayodya on October 2 (Sunday). This teaser is getting high recognition even hours later. In this most awaited upcoming film, Superstar Prabhas performs in the lead role. As the teaser begins, the first shot is that Prabhas meditating underwater and then transitions to a scene where the actor says that he is here to “destroy injustice.” The teaser shows that the entry of Saif Ali Khan (with 10 heads)’, represents the dark forces. You can get a glimpse of Kriti Sanon in a stunning visual.

Adipurush is based on Mythology

The film is based on the Hindu mythological concept “The Ramayana” with the use of CGI and VFX. Following the concept of the Hindu holy epic Ramayan, Prabhas will be seen as playing the role of Lord Ram while Saif Ali Khan plays the antagonist Ravana, or the demon Lankesh and Kriti Sanon perform as Sita.

Adipurush teaser shows Prabhas as Lord Ram in deep meditation underwater as demons from all directions come swirling in. When we see the first glimpse at Saif’s Lankesh with ice-blue eyes, It is seen that Prabhas aims his arrows to take a few out praying at a mountain. And also Saif is seen showing off his 10 heads to a woman sitting at his feet. He rides a demon-dragon-creature into battle and on the other side, Lord Ram is joined by his own army that includes Laxman and Hanuman with the Vanara Sena.

This film is Om Raut’s follow-up project to his blockbusterTanhaj( 2020)i: Adipurush is produced by Bhushan Kumar and Krishan Kumar of T-series, Prasad Sutar, Raut and Rajesh Nair of Retrophiles. The movie is expected to be released in theatres on January 12, 2023, in IMAX and 3D.

Every character and every roles comes with its own challenges, but portraying a character like this comes with tremendous responsibility and pride. In SS Rajamouli’s Saho, Radhe Shyam, and Baahubali movies Prabhas was previously been seen. The film’s teaser was shared by the central character Prabhas who wrote: “Coming to destroy the injustice.

His teaser shows Lord Ram who is aim to destroy the evil empire that was built by Saif Ali Khan’s Lankesh. Most Indians know the story of Ramayana by heart so, in the teaser, each glimpse feels awesome and also makes remembrance of the part of our heritage. From Lankesh’s showing off his 10 heads, Lord Hanuman landing in Lanka and Lord Ram walking the Ram Setu with the vanar sena shots are looking very impressive. We also get a glimpse of stunning Kriti as Sita.

The close to two-minute long teaser gave a larger-than-life glimpse of Prabhas as Lord Ram while Saif looked frightening as the villain. In Uttar Pradesh’s Ayodhya, this mindblowing teaser received a grand launch Sunday ( October 2) on the bank of Sarayu. This mythological concept movie, directed by the National Award-winning filmmaker Om Raut, promises a visual spectacle. With an adaptation of the great epic Ramayana, the film stars Kriti Sanon and Saif Ali Khan in pivotal roles and with impressive looks.

Hope to be a big-screen spectacle

Adipurush is expected to be a big-screen spectacle and hopefully. The makers created quite a buzz about it on social media before releasing the Adipurush teaser. They released the first look poster of Prabhas as Lord Ram. Earlier, Om Raut shared how Saif and Prabhas have worked hard for their physical transformation for the movie. Raut stated in the Times of India that Saif and Prabhas have undergone a remarkable physical transformation and there is massive action involved too. Bankrolled by Om Raut,  Krishan Kumar, Bhushan Kumar, Rajesh Nair, and Prasad Sutar, it will hit theaters on January 12, 2023.