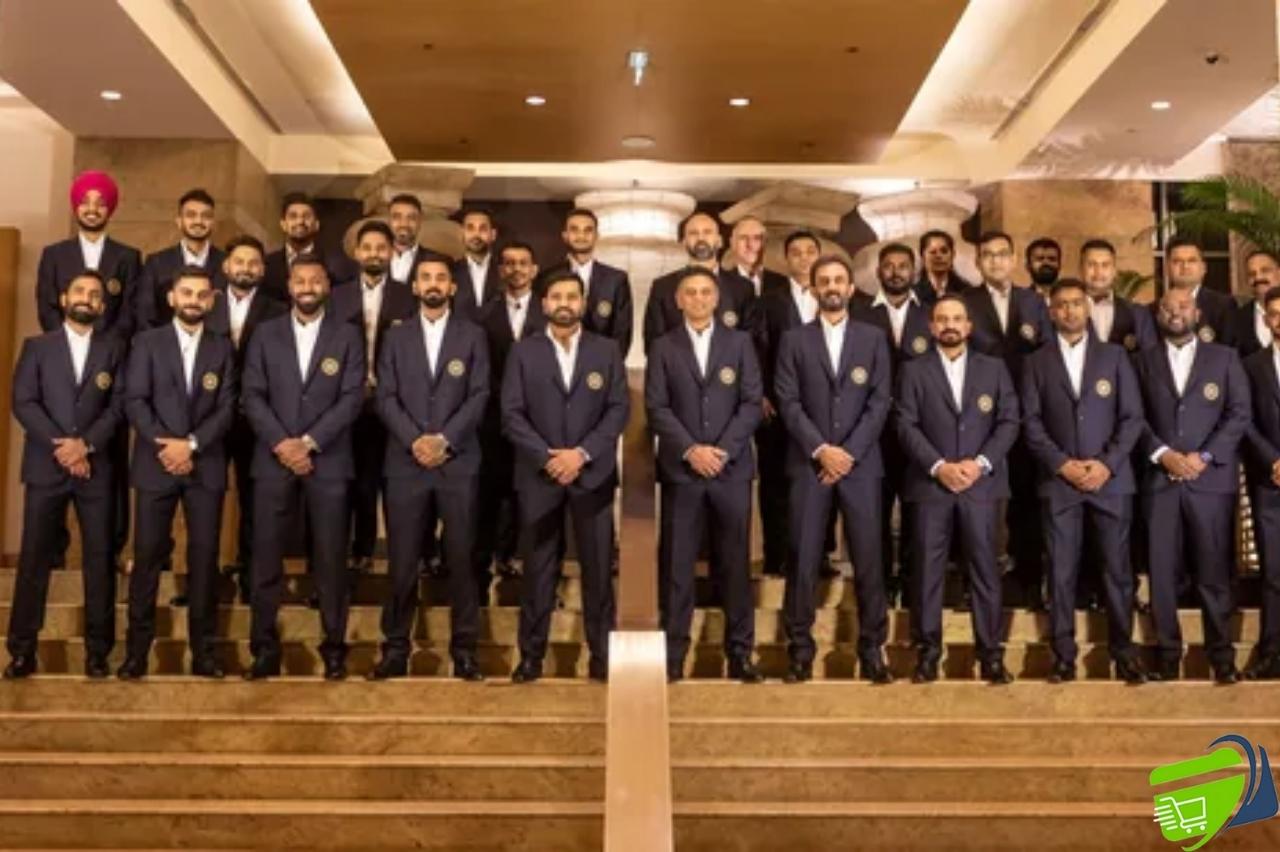 The highly anticipated T20 World Cup 2022 will kick off on October 16 in Australia. The main event will include 16 countries. Eight teams have already qualified for the main event, while the remaining eight will compete in first-round matches for four spots in the ‘Super 12’ stage.

All sixteen teams have already declared their squad members for the cricket extravaganza. Even if their players are not injured, they still have until October 9 to make changes. They would have to seek ICC permission to make changes after the deadline…

The results of the last few games have thrown a wrench in the works, and some teams may seriously consider making changes to their team. Shami has also reportedly been ruled out of India’s three-match T20I series against South Africa because he hasn’t recovered from his Covid-19 bout. He also missed the Australia series. His replacement was Umesh Yadav. With the world event less than a month away, it is unclear whether the 32-year-old pacer will be able to regain his fitness.

The India squad for the T20 World Cup 2022 consists of 15 players, including:

The captain of the Indian cricket team for the ICC T20 World Cup is Rohit Sharma, the vice-captain is KL Rahul, and the wicketkeepers are Rishabh Pant and Dinesh Karthik The reserve players are Mohammed Shami, Shreyas Iyer, Ravi Bishnoi, and Deepak Chahar.

While India’s 14-man World Cup T20 squad chases the title 15 years after their first, a backroom staff of 16 will quietly plot and trudge on to keep the eleven players of the Indian cricket team pumped up for the challenge of winning.

Have you ever considered who guides and supports India’s T20 world cup squad? If you are unaware, we are here to introduce you to the names of those sixteen Indian cricket stars who serve as a backbone and great support to our eleven frontline players.

Rahul Dravid’s path to becoming India’s leader was unavoidable. Dravid, who was appointed Head Coach following Ravi Shastri’s departure, is tasked with assembling the right squad and striking the right balance in Australia for his first major ICC challenge. Unlike Shastri, Dravid’s style is full of motivational speeches and long meetings.

Previously, the former India opener served on the selection committee before being named batting coach. Vikram Rathour has gained the trust of not only Dravid but also of the players, who readily open up to him. In practice, the former opener plans batting schedules and corrects imperfections with the assistance of a video analyst.

Mhambrey, a former Mumbai and India pacer, has been with Dravid since India under 19 mentoring days in 2016. Dravid’s first choice was Mhambrey, who had previously played for India under 19, India A, and the senior Indian team. Mhambrey, a quiet worker, has given the players the requested space.

Arun Kanade has been a member of the Indian team for over five years, following a stint with IPL side Royal Challengers Bangalore (RCB). Kanade, a Mumbai native, gets along well with Virat Kohli and other senior players. His primary responsibility is to ensure that players’ muscles, particularly bowlers’, are relaxed before each game.

Hari has been a member of the Indian team since Rahul Dravid became the coach. Aside from providing data to Indian team coaches, his role also includes providing data on the weaknesses and strengths of opposing teams. His job is to provide visual assistance to players and teams prior to each game. On non-match days, he is the busiest.

Soon after Ishan Kishan cleaned up the stumps for the latter dismissal, India’s head coach Rahul Dravid patted T Dilip on the back. Since Rahul Dravid took over at the National Cricket Academy in Bengaluru, the 39-year-old has been with the academy. He has no first-class experience, but he is a Level-III coach who has led the Hyderabad Ranji and India A sides, earning him a promotion in Sri Lanka. Dilip was added to Dravid’s support staff when he became head coach.

Garani began working as a throwdown specialist in 2020 after working with KXIP and flying to Australia after the regular Raghu tested Covid-positive. He was a Civic Police Volunteer in Kolkata Police before becoming a medium pacer, taking up a throw-down course, and working with the Andhra Ranji team. He is from the remote village of Jamatiya in the East Midnapore district.

Dr. Charles Minz, a General Physician from Pune, has worked as a consultant for teams such as the IPL’s Pune Super Giants, the Pro Kabaddi League’s Puneri Paltan, and the Indian Super League’s Pune FC. In 2020, he was hired by Royal Challengers Bangalore (RCB), where his main responsibility was to maintain a healthy bio-bubble during the IPL.

Patrick Anthony Howard ‘Paddy’ Upton (born 5 November 1968 in South Africa) is a Cricket Coach who specializes in Professional T20 cricket, a Mental Coach to top athletes, a Sports Scientist Executive Coach, and a Professor of Practice at Deakin University. Between 2008 and 2011, he was India’s mental conditioning coach and strategic leadership coach, and he developed a strong rapport with many players, including Dravid. Later, the two worked together as coaches for the Rajasthan Royals in the IPL.

Rajlaxmi Arora works as a producer for the Indian board and is in charge of the videos that are uploaded to the board’s website. Her primary responsibility is to arrange interviews with Indian team members on tour. Interestingly, she was appointed head of the BCCI’s internal complaints committee, which deals with sexual harassment, in 2019.

Kamlesh Jain completed a Bachelor of Physiotherapy (BPT) in Chennai before specializing in Sports Therapy in the United Kingdom. Over the last ten years, he has worked with a variety of teams and has treated National and International cricketers. He has been an Assistant Physiotherapist for the Kolkata Knight Riders IPL team since the 2012 season and has now been promoted to Head Physio since July 2019. He has also worked for the BCCI in various capacities, including India A, India Under 19, and two years at the National Cricket Academy.

In 2018, the left-handed Sri Lankan was brought in as a throwdown specialist to assist Indian batsmen in dealing with Pakistan’s left-arm pacers, Mohammad Amir and Junaid Khan. India continued to employ him. Prior to 2018, the 42-year-old worked as the senior team’s fielding coach for Sri Lanka for a decade.

Mourin Parikh, A former journalist in charge of distributing all World Cup information to the media. He also manages press conferences and answers questions from the BCCI.tv website. Parikh must work with official broadcasters to determine which players or coaches will be interviewed before or after the game.

Parmar is a veteran of the BCCI, having previously worked in the NCA and with the India Under-19 team, where he assisted Jain behind the scenes. He is the first person to address bowlers’ problems and track the progress of those who have been injured. He monitors workload management and works behind the scenes around the clock. Yogesh Parmar treated several athletes during his seven-year tenure at Physiolink in England. Following a three-month intensive study period at Australia’s prestigious Curtin University, he was awarded a Certificate in Orthopaedic Manual Therapy.

Doiphode, a retired Assistant Commissioner of Police from Mumbai, is responsible for keeping unwanted elements away from players and ensuring that no person of interest contacts players in order to fix or compromise any game. If a player receives an unwanted offer or request, they must first report it to an ACU officer, who will then escalate the matter to higher authorities.

The game is not over for all cricket fans. Aren’t you excited to learn more about the T20 World Cup? If you are, then stay tuned to our blog bestbuyhacks.com for all the latest updates. 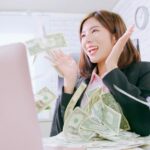 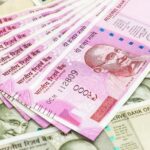 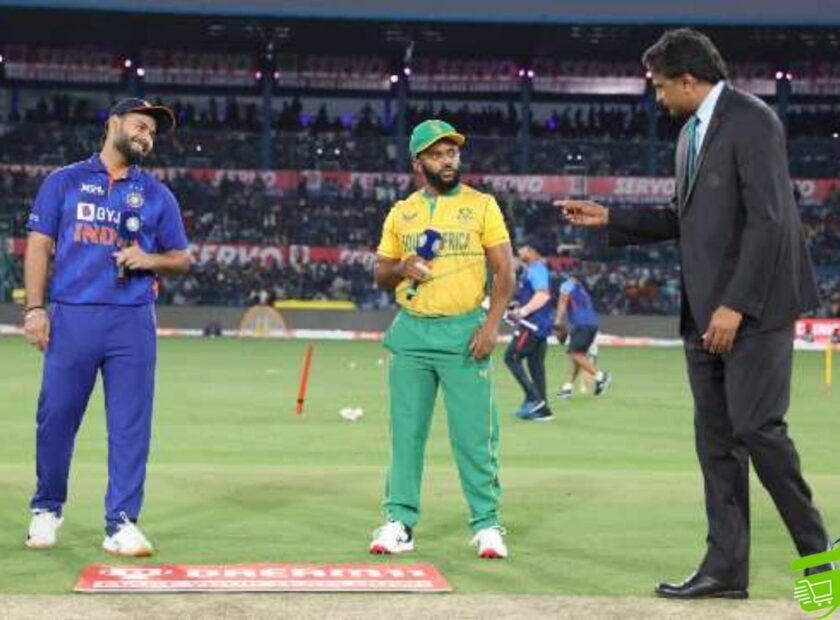