Millions of moviegoers are expected to attend the first-ever National Cinema Day (NCD), which is scheduled for this Friday, at drastically discounted rates on over 4,000 silver screens throughout India. Moviegoers can enter any theatre of their preference on September 23 for only Rs 75 each ticket as part of a promotion by the Multiplex Association of India (MAI), in addition to other “special surprises” which have been prepared to commemorate the NCD.

The celebration of National Cinema Day in 2022 will honour the moviegoers who helped bring about the successful reopening of theatres. National Cinema Day is also a call to action for moviegoers that haven’t visited a nearby theatre in a while. A “celebratory entrance price” of Rs 75 is being made available on this day at more than 4,000 screens at multiplexes across the nation, including Carnival, INOX, PVR, Cinepolis, as well as Delite. It is the best that can be had for moviegoers.

PVR, Cinepolis, INOX, Carnival, City Pride, Miraj, M2K, Asian, Movietime, Mukta A2, Wave, and Delite are just a few of the participating theatre chains as well as screens throughout India. Moreover, normal seat tickets will cost Rs. 75, while those for reclining seats will price Rs. 100–200. There will also be a decrease in IMAX ticket costs.

Several big films, including KGF: Chapter 2, Bhool Bhulaiya 2, Vikram, RRR, and Hollywood blockbusters such as Doctor Strange, Top Gun: Maverick, and many others, will be included in The NCD. In addition, fans will be able to watch recently released films like Brahmastra as well as Jahaan Chaar Yaar for only Rs 75 on the eve of National Cinema Day.

The list of other films arriving on NCD is provided below.

Chup: Revenge Of The Artist

The cast of R. Balki’s romantic suspense film includes Dulquer Salman, Sunny Deol, Shreya Dhanwanthary, and Pooja Bhatt. According to rumours, it is a homage to the 1959 Guru Dutt movie Kaagaz Ke Phool. In this psychological thriller, Sunny Deol looks into a peculiar serial murderer who sketches stars into the bodies of his targets as they are being slaughtered. Film critics remain his chosen prey, and as he brutally executes them, a score is inscribed on their foreheads.

Prem Geet 3, the first Indo-Nepali movie starring Pradeep Khadka with Kristina Gurung, will be released this Friday. This is the third book in the highly well-liked Prem Geet series. The director is Chhetan Gurung, while Santosh Sen is the producer. It’s going to be released worldwide on September 23 and will also be accessible in Hindi during the same time.

In this film, which stars R. Madhavan, Darshan Kumaar, Aparshakti Khurrana, and Khushalii Kumar in quite an ensemble role, the complicated lifestyles of an urban couple are depicted. Despite being a happily married pair, R. Madhavan and Khushalii Kumar’s entire world is flipped upside down by a specific instance. Whenever the terrorist persona played by Aparshakti Khurana is presented, the narrative takes a surprising turn.

In the historical romance Sita Ramam, Dulquer Salmaan with Mrunal Thakur plays the lead roles. It has gotten accolades from the audience and is an essential movie to watch with your significant other.

On September 23, the romantic suspense film Don’t Worry darling, starring Chris Pine, Florence Pugh, and Harry Styles would be released. Fans should view it in the theatres.

Where The Crawdads Sing 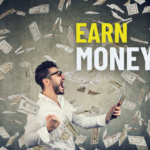 SS Rajamouli reveals about his next project with Mahesh Babu