Blog
Home News Why is My iPhone Stuck in Boot Loop? 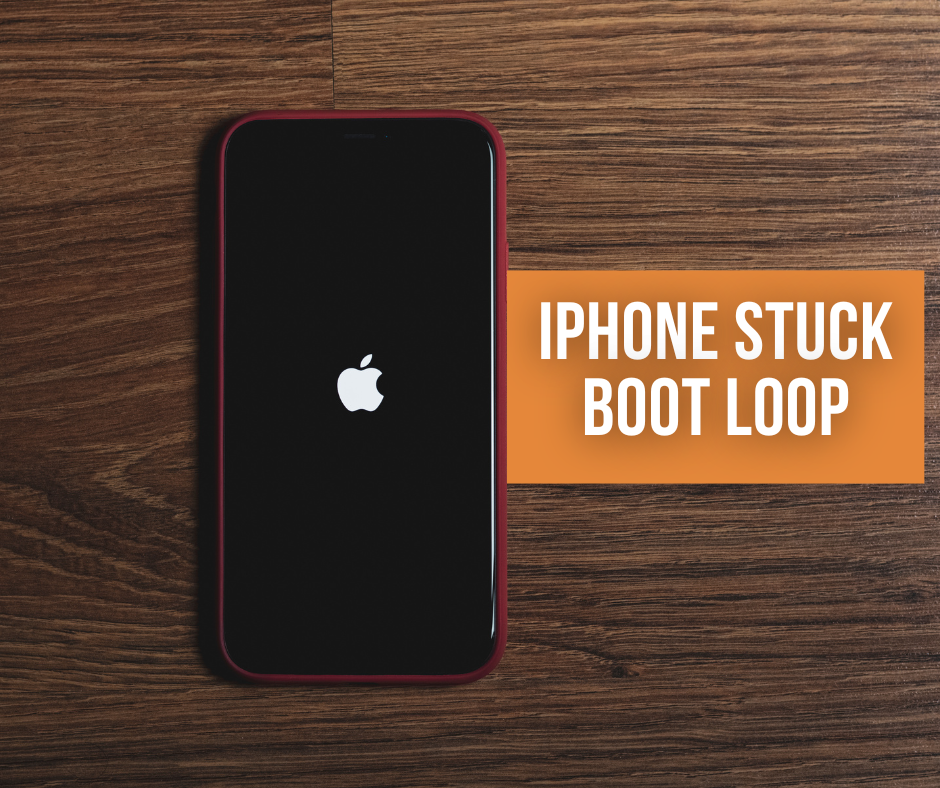 Why is My iPhone Stuck in Boot Loop?

What is a Boot loop?

You become “boot looped” whenever your smartphone or computer reboots itself repeatedly. A boot loop, in its most basic form, is when your smartphone or computer is caught in a rebooting cycle. Simply said, “reboot loop” is referred to as “boot loop” more frequently.
Both your smartphone and computer have several processes that must be finished for them to fully come on and operate once you restart them. Therefore, a lot is going on behind the scenes even though all you can see on the smartphone’s screen is your phone’s or your mobile provider’s logo. The same holds for computers.
Your device would do all necessary tasks, everything can fire up properly, as well as it could start without any issues in an ideal world. But occasionally, a crucial mistake occurs throughout the setup procedure, and your phone freezes.
This is the device’s method of trying to “power on and off again” to fix the problem when it gets stuck in a boot loop. But naturally, it keeps encountering that error since there is a problem with the booting procedure.

There are many different reasons why a bootloop can happen, however, they all usually involve updating your system prior to a reboot cycle.
In particular, the Apple logo would briefly display on the screen before vanishes without warning. Whenever you open the device, this just begins to boot up again. Even worse, you’ll discover that it keeps repeating before becoming trapped in the boot loop.
The majority of problems are caused by software, such as a misconfigured software upgrade, a new driver or program, or malware that got onto the device in between restarts.
However, a boot loop may occasionally begin as a result of hardware problems with your smartphone or laptop. Yes, the most recent firmware update may have been the last straw for your gadget, yet it’s also possible that the hardware has been terminally infected without your knowledge. The issue went unreported since your smartphone’s operating system was not upgraded, which would have caused it to restart.

What Results in an iPhone Boot Loop?

One should consider not only a solution for an iPhone stuck in such a boot loop as well as the root reason for the issue. This is a crucial premise so that one can work to prevent a repeat of the issue.
Corrupt software files, flawed installations, viruses, malware, and damaged system files could all contribute to this. Changes you made to the system likely triggered the issue when you recently tried to unlock your device or downloaded a new app as well as got stuck in a boot loop.

The following are some typical causes of the boot loop over the iPhone:

Software Update Failed: The most common reason for this is when your iOS update process is stopped unintentionally, which might result in an iPhone being trapped in a boot loop. Your phone can malfunction and continue to have this problem even after the update is finished.
Jailbreaking iOS: Jailbreaking your iPhone is extremely risky. If not finished, the iPhone will malfunction and be unable to function once more.
Unstable Connection: When using iTunes to update or backup data, your iPhone may become stuck in a boot loop due to an unstable connection between the device as well as the computer.
Battery Connector Issues: Older devices are more likely to experience battery connector issues. This indicates that the boot loop is being caused by your device not receiving enough power.
Unless your iPhone has recently been dropped or had its battery changed, an iPhone boot loop is typically a software issue. As a result, you usually can solve this issue on your own.
Hardware: The reboot loop might well be brought on by a hardware problem when your iPhone has water damage.

Is boot loop a significant issue?

When a phone has a “boot loop” issue, it will repeatedly try to restart, frequently till the battery is discharged. There are a couple of things you may do if this happens, but keep in mind that the “boot loop” is frequently a fatal condition for a system when usual fixes don’t work.

Is a Bootloop Repairable?

Boot loops are Amongst the Worst Errors

It’s simple to have a boot loop wreck your day on the computer or smartphone. The device can diagnose minor issues on its own, but when serious issues arise, it panics and shows the dreaded boot loop.
Fortunately, it can occasionally be fixed. Additionally, given the size of the internet today, you may find a ton of helpful information on how to blue screens, resolve boot loops, as well as a variety of other difficulties on your laptop or smartphone. So maybe your broken thing won’t be around for too long.

9 Practical Solutions for iPhone Stuck in Boot Loop
1. Force restarting an iPhone is the first step in troubleshooting it
• Hold and press the Power button while swiftly pressing the Volume Up and Volume Down buttons on a recent iPhone to initiate a restart.
• Press and hold the Volume Down as well as Sleep/Wake buttons simultaneously till you see the Apple logo to push restart older iPhone models.
• You could also try to restore the iPhone to use an earlier iTunes backup when that doesn’t work. Please take note that using this method would erase any existing data on your device with data backup.
2. Save Your iPhone Data
The first thing you should do is back up all of the data on your iPhone prior to attempting to fix it. It is due to the possibility that this boot loop can worsen and you won’t have another opportunity to save the data on your iPhone.
If the issue is software-related, this is also conceivable that you’ll need to restore the iPhone in order to correct it. In this case, you’ll need to have a current backup in order to prevent losing any newly added data to your iPhone. So, take a minute to sync your iPhone with your computer and create a backup.
3. Update the software on your iPhone
One of the simplest fixes is to update iOS 16 because this issue is frequently brought on by a defect in the system. A new update to iOS 16 includes bug fixes that can solve the issue resulting in your iPhone repeatedly restarting.
Go to Settings > General > Software Update to see whether an iOS 16 upgrade is available. If it is, tap “Download and Install” to upgrade your iPhone.
4. Restore default settings
This issue may also be brought on by certain settings. Resetting your iPhone’s settings will return them to their default state, which should solve the problem.
Go to Settings General > Reset > Reset All Settings on your iPhone to completely erase all of its settings.
Data is not lost during this procedure, although you might have to re-enter your Wi-Fi password.
5. Hard Reset Your iPhone
You should try doing a hard reset on the iPhone if the issue persists.
Hold the Power and Home buttons together until the screen becomes blank as well as the Apple Logo displays to execute a hard reset on the iPhone 6 and older models.
Press and hold the Power and Volume Down keys simultaneously on an iPhone 7 or iPhone 7 Plus till the Apple Logo appears.
On an iPhone 8, 8 Plus, or any newer model: Press and hold the Side button till the Apple Logo displays, then press and hold the Volume Up and Volume Down buttons simultaneously.
No matter which type of iPhone you are using, make sure to press and hold the buttons for a minimum of 20 seconds to prevent issues.
6. Removing and replacing the SIM card
The SIM card may not always be seated correctly in the SIM tray, which can sometimes cause this issue. Therefore, you might wish to double-check to ensure the SIM is set properly. To accomplish that, power off your iPhone and afterward open the SIM card tray using a SIM removal tool or a paperclip.
Simply take the card out of the tray, place it back in, and afterward press the tray back into the slot. Switch on the iPhone again to see whether the issue has been resolved.
To try to solve this issue, you could also temporarily disable the SIM card.
To achieve it, just adhere to these easy steps:
Step 1: Take the SIM card out of the tray using the SIM removal tool or the paperclip.
Step 2: Restart your iPhone now to check whether taking off the SIM card has resolved the boot loop.
Step 3: Reinstall the SIM card in the tray to determine whether the issue has been resolved.
7. Reset the iPhone factory settings
When you perform a factory reset on your iPhone, iOS 16 will be installed and all of the settings and data will be erased. Then, you could use an earlier backup to reset your iPhone.
This is how you do it:
Step 1: Link the iPhone to your computer after starting iTunes or Finder.
Step 2: Follow the instructions if you receive a warning asking you to Trust This Computer so that iTunes or Finder can identify your iPhone.
Step 3: Click “Restore” after selecting the iPhone when it displays in Finder or iTunes. To accept, click “Restore” once again.
Step 4: Permit iTunes or the Finder to restore your iPhone before installing iOS 16 in its most recent iteration. You would be able to set up your iPhone as new after the procedure is finished and afterward restore it to a current backup.
8. Utilize the Recovery Mode in Finder or iTunes
Placing your iPhone in recovery mode and afterward restoring it in iTunes or Finder might be a wonderful solution if a conventional restore in iTunes or Finder is unable to fix the issue.
This is how you do it:
Step 1: Open iTunes or Finder first, then link the iPhone to the computer.
Step 2: Hard reset your iPhone following the steps outlined above whilst it is linked to the computer, however, hold the Power button down until the Link to iTunes screen appears.
Step 3: To attempt updating your iPhone, click “Update” in the messages which appear on your computer. When an update doesn’t work, select “Restore” and leave your iPhone linked to the computer till it finishes.
9. Look for Hardware Issues
A hardware issue may result in your iPhone getting caught in a boot loop. In the event that none of the aforementioned fixes is successful, it could be essential to investigate a hardware problem.
When your iPhone is enclosed in a case, take it off first.

Next, look for any dirt, rust, or debris within the charging port on the bottom of your iPhone. Are you using a toothbrush to carefully brush off the debris and dust from the charging port when it is not clean?
It is due to the fact that this as well as other problems with the charging port could be brought on by a short circuit or another issue.
Conclusion
After doing the aforementioned fixes, you might need to bring your iPhone 14/13/12 into your neighborhood Apple Store for service. 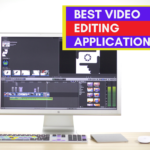 Ten Best Video Editing ApplicationsNovember 3, 2022
The Benefits of MacBook’s Over Other LaptopsNovember 4, 2022 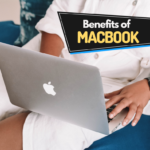 The Best Rated BoAt Wired Headphones for an Immersive Experience 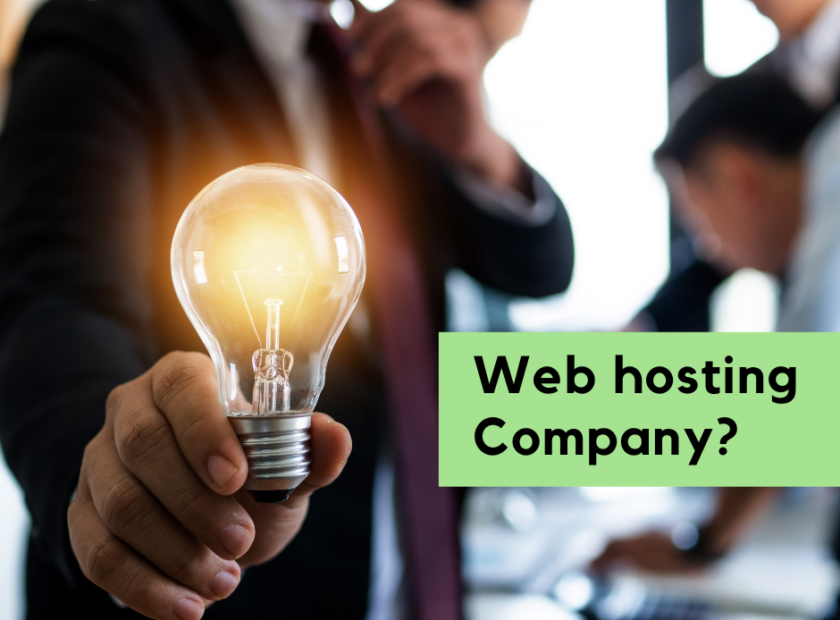 Which is the most reliable and cheap web hosting company? 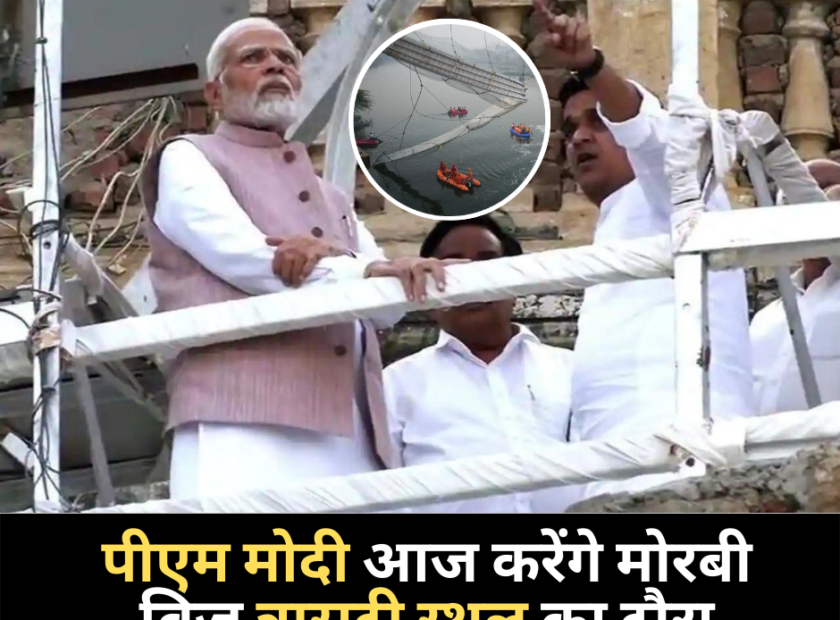