Marvel’s Franchise Thor: Love and Thunder is set to release today (September 8) on Disney Plus Hotstar

Thor: Love and Thunder were released in movie theatres on July 8. It shall now be available in Telugu, Hindi, Tamil, Kannada, Malayalam, and English. It has been about two months since its release in theatres. This is the MCU’s 29th franchise movie and the second movie of the year 2022.

This movie garnered a considerable amount of mixed reviews from its audience. This could be due to plot developments which are highly debated with questionable CGI. Now, it’s time for it to release on Disney plus.

The movie is about 2 hours long. This movie is set to release for all MCU and non-MCU fans to get into the story of the 4th solo adventure of God of Thunder. This is already known as a Marvel studios movie.

To rejoice in the movie streaming onto the OTT platform Disney plus, today, September 8, the firm released a movie trailer that is fresh for Disney plus viewers. This marks some of the fascinating moments of the Thor sequel. This keeps its fans wondering about the Thor movie’s sequel and its debut on the platform. Fans are eagerly awaiting the release time all over the globe on this platform.

Release Time and Date on Disney plus Hotstar

The marvel movie Thor: Love and Thunder debuted in cinemas on July 8. The lead star, Chris Hemsworth, is known as Thor to his fans. This movie sequel is set to arrive on Disney plus Hotstar on September 8, today, by 1.30 pm IST and 12 am PST. It is set to release by 3 am EST in the United States. This is a moment to have rejoiced for marvel fans.

Thor: Love and Thunder are releasing on Disney+ Hotstar today. The franchise’s 29th film, Thor-God of Thunder, is here to appeal to its fans and viewers to the optimum with its OTT debut.

Thor: Love and Thunder were seemingly disappointing to many, but it had achieved acceptable performance and collections at the global box office. It went on to earn 750 million dollars in revenue concerning worldwide collections. Compared to Warner Bros, this revenue is somewhat lesser than what was collected through The Batman. Batman is considered one of the best DC movies made in the last few years.

With this comparison, Thor 4 has a vast audience eagerly waiting for its release on the OTT platform Disney plus. It remains to be seen what numbers will be drawn once the movie releases on Disney plus.

The cast of the film Thor: Love and Thunder

The cast of the movie has Chris Hemsworth in the lead role. Tessa Thompson, Natalie Portman, Taika Waititi, and Christian Bale are other prominent actors in the movie, taking essential roles. The film is set to release in the languages Hindi, English, Telugu, Tamil, Kannada, and Malayalam on the Disney Plus Hotstar.

The Storyline of Thor: Love and Thunder

The movie is led by Thor, played by Chris Hemsworth, who is fighting a quest for peace and is on a journey that is quite different from anything he faced earlier. This quest is interrupted by Gorr, the God Butcher, played by Christian Bale. He is a galactic killer who wants the extinction of gods.

Thor wants to fight this threat and enlists the assistance of Korg, played by Taika Waititi, King Valkyrie, and Tessa Thompson, and Jane Foster, who is thor’s ex-girlfriend, played by Natalie Portman.

Jane Foster wields Mjolnir, his magical hammer, inexplicably, to Thor’s surprise. He is the Mighty Thor. They together embark on a cosmic adventure. This harrowing adventure is to uncover the God Butcher’s vengeance mystery. The idea is to stop him from his activities before the damage is done.

Marvel recently released Doctor Strange-Multiverse of Madness right after 47 days of its release in the theatres. Marvel has She-Hulk, I am Groot, Spiderman-No way home, Ms. Marvel, and others on this OTT platform, Disney plus Hotstar. Marvel fans can binge-watch these movies along with the new release, Thor: Love and Thunder.

Disney plus Hotstar also showcases several other series and movies on this platform. The latest releases are episode 4 of She-Hulk, Cars on the Road, Koffee with Karan, Pinocchio, and more.

Discounts on Disney plus Hotstar

Disney plus Hotstar is known to offer good discounts for its esteemed viewers. This time this platform is offering a 20 percent discount with a code. Use Code “Disney20” to avail 20 percent discount on its official merchandise such as t-shirts, action figures, headphones, and many more.

The wait is over for all the Marvels fans who are eagerly waiting for the release of Thor: Love and Thunder on Disney plus Hotstar. The movie is set to release on this platform at 1.30 pm today in India, and 3 am EST in the USA. Get an entire movie in HD clarity experience on Disney plus Hotstar today, September 8. Enjoy and have fun!! 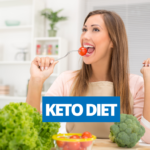